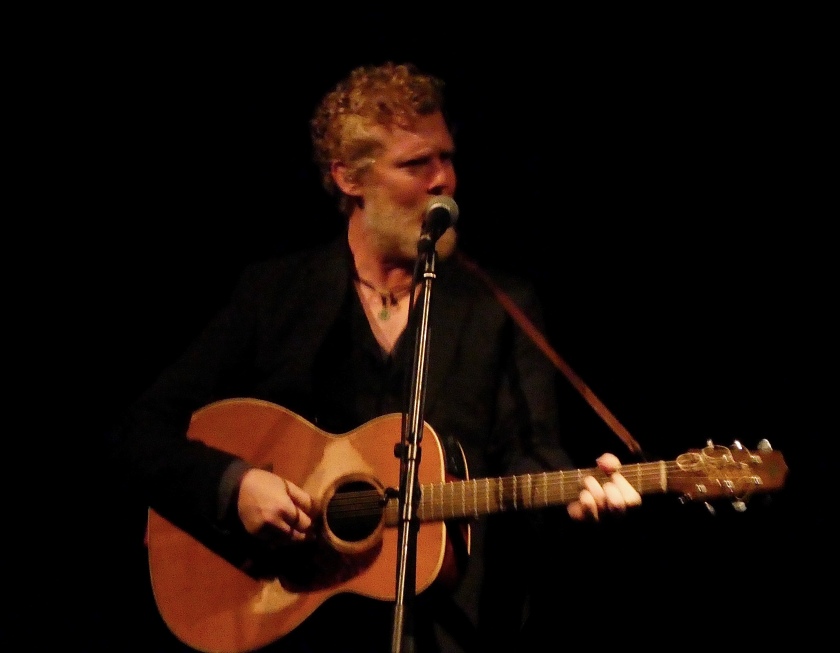 Apart from being the only fixed building used for circus events in Germany, Circus Krone in Munich is used as a venue for rock and pop concerts and cabaret events. On 9 November I came there to see Glen Hansard, an Irish singer/songwriter who I last saw as support act for Eddie Vedder in Düsseldorf 30 June 2019.

The setting of the show was spectacular indeed, although a bit too dark for my liking (which made it really hard to take good photos). The sound was also a bit shifty at the beginning. Glen Hansard himself, though, was on operating temperature from the first tone. He is the kind of artist who seems to feel the music with every fiber of his body and he knows how to convey that.

He started off with I’ll Be You, Be Me, the first track off the latest album This Wild Willing (2019), followed by The Moon, on which he harmonised perfectly with the background singer/piano player (was it in fact the song’s co-writer Markéta Irglóva sitting there in the darkness by the piano?).

Piece by piece, a very special and intimate atmosphere was created, to which the music naturally contributed its part, the excellent flute, saxophone and violin parts no less important than Hansard’s vocals and guitar.

Grace Beneath The Pines was sung completely without a microphone and you could hear a pin drop- the biggest “goosebump moment” of the evening. Other highlights for me was Falling Slowly and Way Back in the Way Back When.

After over two hours and an encore of five songs, the show closed with a cover of Suicide’s Dream Baby Dream, a version quite true to the original and almost not to be recognised when you, like me, are used to Bruce Springsteen’s rendition. 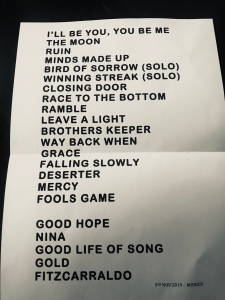 In addition to the show, favourable circumstances gave me the unexpected but equally pleasant chance to meet up IRL with a fellow blogger.

Natascha, aka “kraulquappe“, from Munich was also in Circus Krone that evening. We met briefly in the foyer for a beer and a quick chat during the support act, which didn’t speak to me at all.