A short update of my health status; I woke up from the anaesthesia, just as everyone had told me I would. I needn’t to worry. In fact the whole hospital experience was very positive.

The day of the operation in short: the pre-operative instructions included a ban to eat anything after midnight and to have anything to drink after 5am, so I set the alarm for 4:45 to have a last sip of water. Before going to the hospital I also had to take a third antiseptic shower.

As I registered myself at the front desk I was appointed a nurse, Hans, who took care of me in the nicest way possible. I had to change into a hospital’s gown, long white socks and then I had a short meeting with the surgeon who talked me through the procedure that was at hand. As he marked the operative site with a marker I politely asked him to try and avoid putting any of the incisions in Bruce’s face (my newest tattoo is placed in just that area).

The reports of my death are greatly exaggerated

After only two hours I was given some premedication and then I was rolled into the operation theatre where I met the anaesthesiologist and the three nurses who was going to take care of keeping me sedated. That’s the last thing I remember before waking up in the recovery room with an acute feeling of having overslept. In fact, that was the first thing I said: “I feel like I overslept but [looking at the clock on the wall] I can’t make it to the last lesson anyway.”

In a meeting with the surgeon later told me that the operation had been successful and that the healing process will take about six weeks. After that I’ll need at least six months of physical therapy before considering starting kickboxing again. 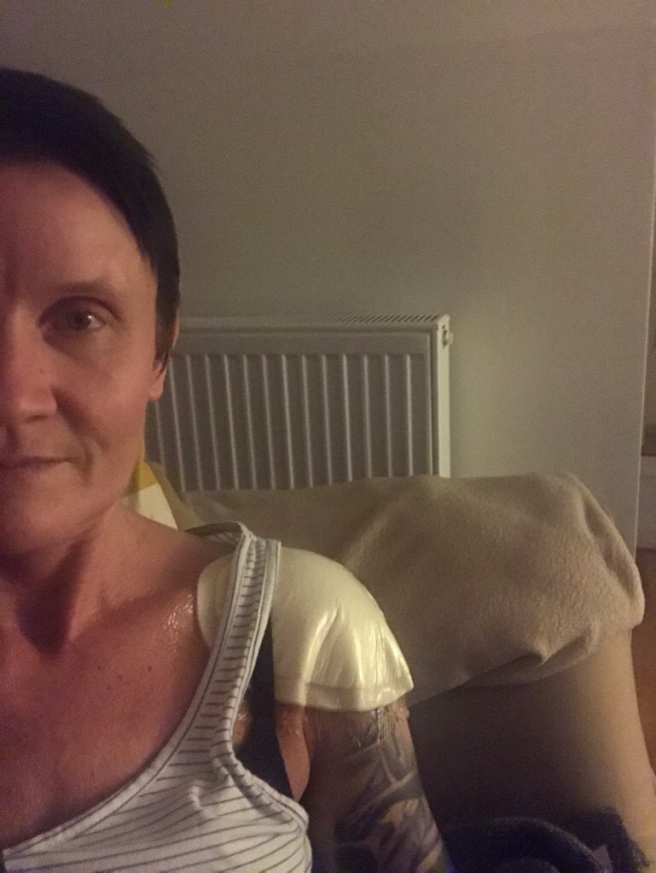 Current status: The first night and day have been rough. I’ve been in a lot of pain and I haven’t slept much. The pain medication help control the pain for about four hours at the time. I’m determined to keep a positive attitude and, again, music help keeping my mood up.

Over and out / Anna