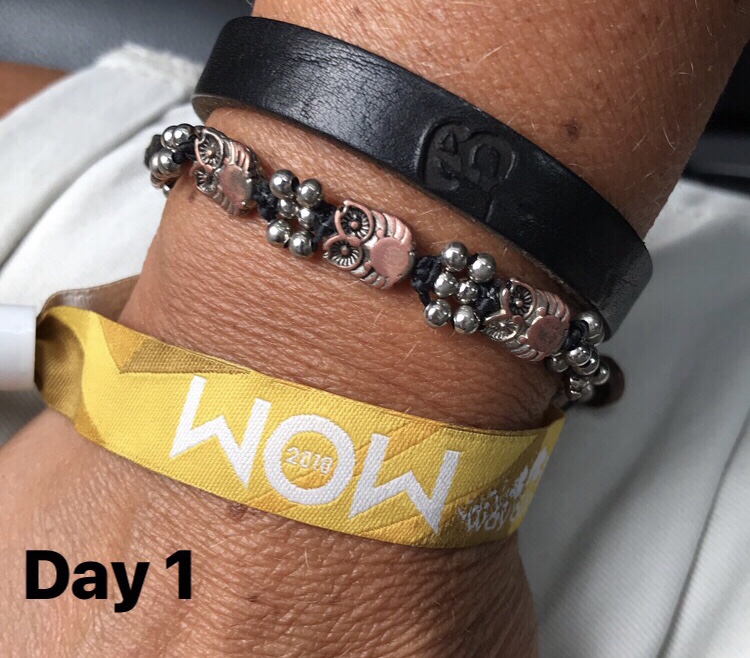 The festival’s first day turns out to be pretty perfect weather wise. The sun is shining and it’s not too hot. People sit in hoards outside the entrance drinking beer and wine, waiting for the gates to open. I feel lucky that I collected my wrist band already yesterday so I won’t have to stand in the long line that has formed.

And finally… the gates open and this year’s Way Out West has started!

Jason “Timbuktu” Diakité’s almost 2h performance (monologue) is based on his biography that was released in 2016. The narration takes us to South Carolina via Harlem to Malmö (from the slave plantations 100 years ago to present day).

The act is an intriguing and moving story on his search for an identity in a world where he is too black to be white and to white to be black. The music that accompanies Timbuktu is performed by the support band Damn! and the singer Bledina Nyadwe. 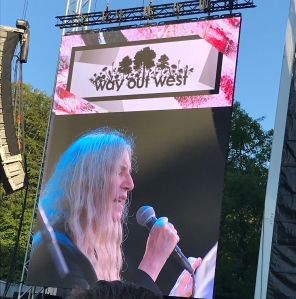 Frazzle-haired, grinning and with her left hand ring finger in a gauze tube, Patti Smith looks content and happy as she enters the sunlit “Flamingo” stage. Smith and her band (which include members of her original 70s line up; guitarist Lenny Kay, Jay Daugherty but also Smith’s son Jackson Smith), are a well synced unit, turning out songs with a skill that comes from decades of gigging.

Patti Smith is 71 but still much as she was; brilliant and one of the coolest rock chicks around, holding a significant part of rock history. Her hair has turned silver but her voice is remarkably unaltered.

Highlights include Bob Dylan’s A Hard Rain’s a-Gonna Fall and Midnight Oil’s Beds Are Burning. Because the Night is fun, while politically-minded People Have The Power is delivered with energy, as well as some on-stage spitting from its singer.

Also aged 71, Iggy Pop is almost a caricature of himself, with his signature bare chest and awkwardly swinging arms as he dives right into the classic Stooges’ I Wanna Be Your Dog. It looks like he’s having fun, though, as he is playing up to his reputation as the fiercest imp in rock ‘n’ roll. The Stooges material (I Wanna Be Your Dog, Search and Destroy, T.V. Eye, I’m Sick of You and Gimme Danger) go down well with the crowd as well as the classic The Passenger. Iggy Pop still has his voice and manners and the surrounding musicians are doing a good job (especially the lead guitarist).

For me seeing Iggy Pop rock out was on my “must see” list of this festival’s line up and in my opinion he delivers.

The last act of the evening for me is Arctic Monkeys and by now it’s unbelievably crowded but I manage to find myself a decent spot right in front of the mixer tent. They open with Four out of five and Don’t sit down cause I’ve moved your chair and for me, who hasn’t listened to Arctic Monkeys much, those and many songs sound pretty much alike and the set feels a bit slow. Unfortunately, the audio isn’t the best during the show either. There’s a weird noise from the bass and off and on the sound fades away.  The set revolves much around the singer and front man Alex Turner, but the drummer Matt Helder is also worth mentioning.

Highlights: Do I Wanna Know and I Bet You Look Good on the Dancefloor and Alex Turner’s charisma.

The music and film festival Way Out West (WOW), has attracted visitors from all over Sweden and from abroad for twelve years. Each year it fills Gothenburg and Slottskogen, which is a centrally located park, with three days of music, festivities and culture. After dark the festival moves to clubs in central Gothenburg and becomes Stay Out West. 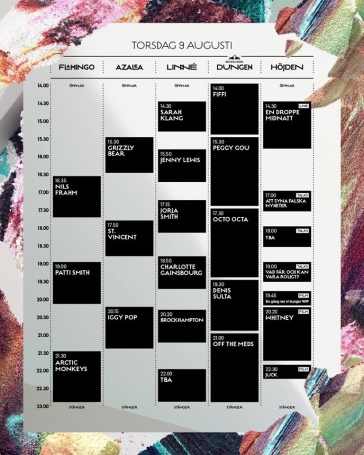 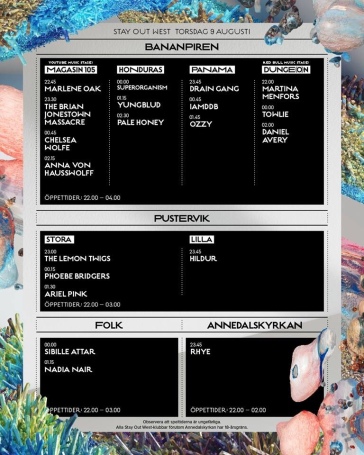