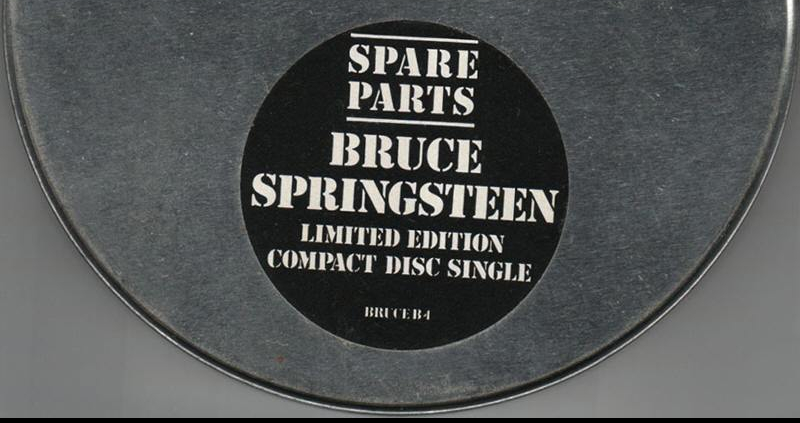 We are currently being overflooded by countless releases of old Bruce Springsteen material. As much as I appreciate listening to and discovering exclusive versions of songs, rare cuts, outtakes and remastered concert downloads, Springsteen repeatedly releasing old material seems to be a big rip-off. Pockets somewhere are filled with money – and they sure as hell aren’t mine (or other fans’).”. As if the astronomical prices for Broadway tickets aren’t enough, unsupecting and innocent fans are lured to buy new merchendise we’re supposedly can’t do without (se the extract below).

Spare parts and broken hearts, keep the world turnin’ around

Springsteen hasn’t released any album with new material since Wrecking Ball in 2012 (!) and I’m beginning to fear that it all is a diversion to hide that the seemingly inexhaustible well of Bruce Springsteen’s blaze and brilliance has dried out. We’ve been forced to walk down this unavailing memory lane long enough – it only leads to a dead end. Can someone please save me from this misery and these dark thoughts! Provide me with some evidence (or rumours if you will) to prove me wrong – I’m desperate!

*On May 18th, Bruce Springsteen’s team (curators of the official social media accounts) released a “new” playlist on Spotify called Bruce Springsteen – Spare Parts. The contents are; “Bruce’s best cuts and outtakes from 1978-2010, available for the first time digitally. Exclusive versions of Born In the USA, Thunder Road, Streets of Philadelphia…”. It’s a very interesting compilation of B-sides and rare concert versions.

The Spare Parts playlist features Bruce’s rarities from 1978 to 2010, available for the first time digitally! Listen on @Spotify. https://t.co/PgKWKUL3v8